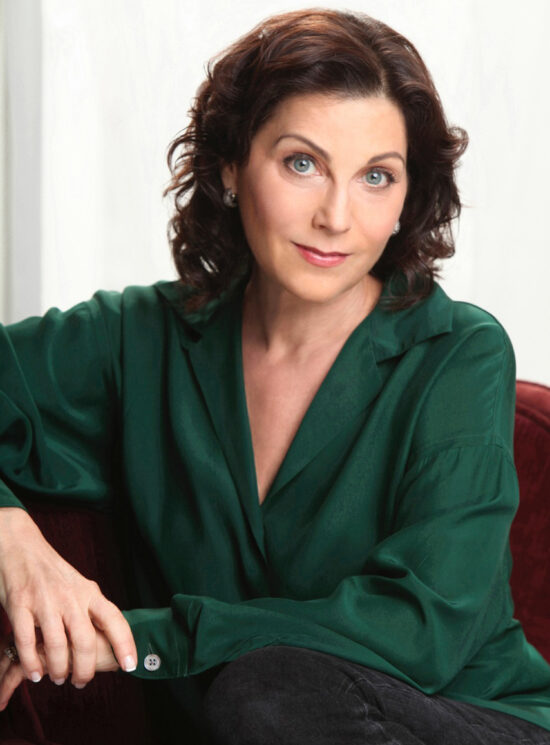 Acclaimed singer-actress Valerie Perri debuted in 1979 as Eva Person in the Broadway National Company of Evita under legendary director Harold Prince. She’s since embodied Argentina’s first lady throughout the world, and her “dazzling” and “compelling” tenure in Chicago garnered a nomination for the Sarah Siddons Award (Chicago Tribune). Perri also played in the first National Tour of Jerome Robbins Broadway directed by Robbins, and more recently with Tony award-winning director Rebecca Taichman and the original Broadway cast in Indecent for Center Theater Group.

Perri has also starred in Fiddler on the Roof, West Side Story, Gypsy, Jesus Christ Superstar, Man of La Mancha, I Do, I Do, and City of Angels, as well as off-Broadway hits Diamonds, Angry Housewives, And the World Goes Round, I Love You, You’re Perfect, Now Change, and Harry Chapin: Lies and Legends, for which she received a 1988 Los Angeles Drama Critics’ Award. Equally versed in straight plays, Valerie starred opposite Melanie Griffith in Laguna Playhouse’s The Graduate, in the Maine premiere of Admissions, and the West Coast premieres of The Last Schwartz and The Sweepers.

Perri’s television roles include spots on Criminal Minds, ER, Another World, Brooklyn Bridge, and Who’s the Boss, and in film she features in The Out of Towners with Goldie Hawn and Steve Martin, Disney’s George of the Jungle, Grease, and Dickie Roberts: Former Child Star with David Spade. In 2005, Perri recorded her songbook album Sweet Conversation and has since sung with symphony orchestras across the US and Europe, from Carnegie Hall and Walt Disney Concert Hall to the London Palladium and Frankfurt Opera House. Perri is married to CBS staff photographer, Cliff Lipson, and together they have two remarkable sons, Benjamin and Jack.